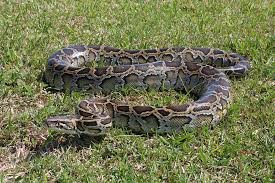 As I grow older and wiser (?), the number of situations I do not wish to take part in, is growing.  For example, I’d rather avoid any conversation with global warming deniers, Holocaust deniers, evolution deniers and anyone, man or woman, who believe it’s the will of God to kill innocent people.

In addition, I do not want to be in a situation in which I just knocked over seventeen Harley’s with my Ford Escape outside a biker bar in Bakersfield, California, admit I admire Martin Luther King, Jr., at a KKK rally or wear fur at a PETA convention.  I don’t want to confront any of the extras in the cast of a typical episode of The Walking Dead or sit across a table from a guy named Charlie who happens to have a swastika carved into his forehead.

Now, having said all this at the top of this blog, I am going to go further and admit (here in front of my readers) that I did not take any of the photos that are used in this post.  I do not want to take any such photos.  I don’t even want to be around the general area when someone is taking such photos.  I don’t really like looking at such photographs.  But, since I’m presently about nine miles from one of the main entrances of the Everglades National Park, I feel the need to write this blog and inform people of a situation they might not be aware of (they may have been living in Lapland for the last thirty years).

I’m talking about the Attack of the Burmese Pythons in southern Florida.

It seems that back in the 1980’s (give or take) some person bought an exotic pet from an exotic pet store.  They purchased a Burmese Python.  Imagine their surprise when said pet got big and unruly?  So, what to do?  Simple.

“Let’s drive down to the Everglades, honey, and let the poor thing loose in a habitat its familiar with.”

“Oh, good idea, sweetie.  I can get my nails done in Homestead while you drive out toward Flamingo.”

“Load Buffy the Snake into our SUV, honey.  We’re off!”

Well, it doesn’t take a Stephen Hawking to understand how this situation ended up.  The number of these alien species has been estimated to be somewhere between 30,000 and 300,000 Burmese Pythons that are slithering around the wetlands of the ‘glades.

[Source: Google search. See the green dots? I was there!]

The Fish and Game people have begun to hold competitions to get bounty-hunters to catch the snakes.  But, a few years ago, with about 1,200 snake seekers sloshing through the saw grass, they only came out with 68 snakes!  These pythons know how to live lives that are very private.  They are very hard to locate.

I could go on, but I’ve written enough to give me really bad dreams tonight.

I am sleeping tonight (our last night in the Everglades region) on the 5th floor of the Homestead Marriott Courtyard.  I am hopeful that even these clever reptiles won’t find it tempting to locate me and slither into my room.  Nevertheless, I’m not opening the window tonight.

Like I said at the start of this post, there are some things I just don’t want to see.

Lastly, I have nothing at all against the people or culture of Lapland.  After all, they herd reindeer there.  How bad can that be?  Especially at this time of year?

2 comments on “I’d Really Rather Not See It, If You Don’t Mind”