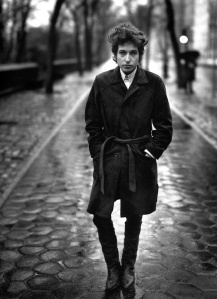 This is not an obituary.  It’s not a eulogy.  It’s a foreshowding.

I’m a sensitive guy.  I’m seventy years old and I cry at the final scene of Casablanca, several times during Dr. Zhivago, and at the end of Sleepless in Seattle.

I make no apologies.

But, lately, my generation (mostly the Boomers)  have lost more than our fair share of rock stars (or musical artists, if you prefer).  Music defined the Boomers.  We grew up with the Beatles.  Yet, years ago we lost George Harrison, John Lennon.  More recently,  David Bowie, Leonard Cohen, Johnny Cash, Roy Orbison, Tom Petty and Fats Domino…and more than I can remember or even want to think about because it saddens me so much.

I’ve seen him in concert, perhaps twenty times, and even if the show seemed “phoned in”, I still walked away from the theater or the arena with a deep respect.  Respect for a man who is spending his later years on a “never-ending tour”.  According to BobDylan.com, he has sang Like a Rolling Stone well over 2,000 times!

But, there is a date, as yet to be determined by the gods, when my ultimate favorite poet/rock star and Nobel Laureate, Bob Dylan will join his comrades.

Dylan (as of this writing on December 10, 2017) is seventy-six years old.  His death could come in three days, seven months, nine years…but the way our musical icons are leaving us so fast, I am dreading the day when Dylan’s number comes up.

Some morning I will wake up and read on the front page of the New York Times that he had died.  Some people who don’t know how valued this poet is to me will not understand why I will cry.

I guarantee that I will cry,  I will weep.  I will sob.  I will mourn.

My sadness will be blowing in the wind.