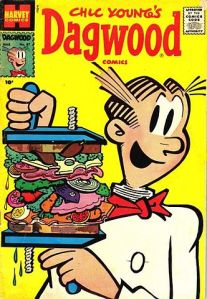 It’s all over now.  The last of the news vans pulled out this morning.  Left behind are only a few stringers, standing in the front lawn or the cemetery, microphone in hand, filing useless bits that will be used to fill in the time between the weather update and results of the county Pumpkin Queen Contest.  I’m also one of the last to go.  I’m sitting in my room at the Days Inn.  If I raise the blinds, I have a great view of the street that, only a few days ago, was choked with mobile news units with two-story high antennae.  The rest of us are left with station wagons, no sound or camera crews…or just a rented Chevy and a laptop.

I turn off the TV, pull the vinyl chair to the window and pour a half glass of Dewar’s. I raise the blinds about a foot and begin to piece together the life lived out in full view of millions in newspapers across the country.  But also lived out in near total privacy.  It is left for the historians to have the final word, but for me, in the here and now, I only have sketchy facts, a few interviews and not much else.

You see, Mister Dagwood Bumstead passed away, in his sleep, four days ago.  We followed his antics daily (and in color on Sunday), but what did we really know about the man and his life?

Dagwood was born ninety-some years ago in Missouri.  He was the son of a very wealthy industrialist, an only son, so his future was assured.  That is until he began to hang out in the dance halls and watch the dancers and flappers tap their way though the 1920’s.  One flapper had his eye.  Her name was Blondie Booopadoop, at least that’s what she was  known by in her profession.  Her real name is lost.  Blondie was what all the guys dreamt of when they dreamt of glamour, laughs, fun and forgetting.  Dagwood, it seems, knew nothing of the way Blondie had her eye on him as well.  They dated, they married, and they passed from obscurity to a kind of fame few would experience.  Their domestic life, good and bad, was chronicled in the dailies across the Depression landscape of America.

The marriage itself was a turning point in their lives, and it was not toward the sky.  Dagwood’s father was against the union from the start.  After all, Blondie was a flapper and this was below the station the elder Bumstead had in mind for Dagwood.  He informed the engaged couple that if the marriage went off, he would disinherit Dagwood and cut him off from the family fortune.  Love is blind, they say, so the two married despite the parental threats.  To show Blondie what a great time was in store for her, he wrote the honeymoon check out himself.  It was a day too late, for Senior had cut off any funds to Dagwood.  The check bounced.

The Bumsteads were forced to enter the life of the working middle-class.  Such a shame for a guy who was ranked second in the Country Club Tennis Team.

Dagwood obtained a desk job with the famous J.C. Dithers Construction Company, Inc. based in Joplin, Missouri.  Dagwood and Blondie settled into a modest ranch in a suburb.  In 1934, their first child, Alexander, was born.  When the War broke out in 1941, J.C. Dithers had secured several vital war-time contracts, so Dagwood was prevented from enlisting and being drafted.  Their daughter, Cookie, was born in 1941.  The family lived out the war years in relative obscurity until a writer fellow who also drew sketches, began hearing of the life of Dagwood.  Bumstead, was bored silly at his desk job and was often found asleep on the job.  He was also fond of playing practical jokes on his co-workers, but these mostly backfired.  He was beginning to gain a reputation as a goof-off and here-do-well.  Oddly, while Dagwood’s head of family diminished, Blondie began to come into her own, as they say, and started making important decisions…while letting Dagwood think it was his idea to begin with.  She became fast friends with Mrs. Dithers, Cora.  Perhaps thats why Dagwood never got sacked for his constant demands for raises with little work to back it up.

Exactly how these exploits were fed to the writer remain something of a mystery.  A little information can go a long way when you have only four small panels a week to work with.  Researchers have tended to look closely at Dagwood’s next-door neighbor, Herb Woodley.  Herb and Dagwood had a love-hate relationship.  Many of their joint adventures would end up as brawls.  It was during these times that Herb probably fed details to the writer.

In general, Dagwood disliked animals.  But for reasons known only to him (and the dog?) he bonded with the family pet, Daisy.  Maybe it was because Daisy refrained from being judgmental about Dagwood?

Amazingly, it wasn’t until the 1970’s that Dagwood’s lifestyle began to catch up to him.  He developed a mild heart condition.  Years of lengthy naps in the afternoon and his famous nighttime raids to the ‘fridge to make sandwiches large enough for only a reptilian disengaged jaw joint could eat began to slow Dagwood down.

He retired from the Dithers Construction Company in the early sixties and spent the next three and a half decades reading, trying to learn the piano and watching sports on ESPN.

The end came several days ago when the old man died peacefully in his sleep, on the sofa.

The funeral and graveside services were well attended.  The honorary pall-bearers were: his son Alex, still limping from a wound suffered in Viet Nam in 1969, his daughter, Cookie, now a retired day care worker who had moved away to Des Moines, an overweight Elmo Tuttle, who as a boy, loved to pester Dagwood to come out and play games in the yard, (something Dagwood ended when he felt the neighbors might get the wrong idea about a middle age man and young boy…well, you get it), the retired mail man, Mr. Beasley, Lou, once the owner of Lou’s Diner, (Lou stopped having the cigarette hanging out of his mouth every day once he developed Emphysema but never tried to hide the tattoos that covered his arms),and Alex’s son, Dagwood’s grandson, his pride and joy.

Well, that’s the story.  Much of what I just wrote is easily found on Google.  It’s a testament to an Everyman who is loved and studied by scholars and other Everymen.

I have to pack now, the rental car is due back in a few hours.  I plan on driving slowly past the Bumstead house where the drapes are black and the curtains are shut.  I also plan to swing past the cemetery and lay a flower at the blank half of his tombstone. The other side of the stone reads “Blondie Boopadoop Bumstead”.

Now, that’s an all together different story.