In a stunning announcement, Dr. Rudolph Rowbottom of the National Institute of Health (NIH), has shocked the music world and exploded a decades-old myth shattering the common knowledge concerning the pop star, Chubby Checker.

“Yes, Keith Richards is most likely clinically dead, but we’re here to discuss a real legend of music, Mr. Chubby Checker”, said Dr. Rowbottom, 63, in an exclusive interview after a crowded news conference held under a slate-gray sky and a persistent and annoying drizzle that was punctuated by an occasional snow shower that fell earthward from nimbo-stratus clouds while standing on the steps outside the NIH headquarters just outside of the Nation’s Capital.  His red-headed research assistant, a Miss Lola Cotton, 19, held a chartreuse umbrella that was decorated with the movie logo of Jaws over Dr. Rowbottom’s thinning gray hair.

“Thanks to the famous Height/Weight Charts developed by the U.S. Department of Health and Human Services, my assistant and I, along with our crack research team, have determined that Mr. Checker was merely slightly overweight and not chubby as indicated by his nickname.  His height is not available in any public records but from various album covers and YouTube videos of him on American Bandstand, we have concluded that he is approximantely 5’10”.  That, of course is an estimation that lies clearly within the boundaries of the Standard Deviation.  Mr. Checker, upon being asked his name by the wife of Dick Clark after his first recording session, answered: ‘My friends call me Chubby'”.

(Mr. Checkers official weight is unavailable to the public and subject to doctor/patient confidentiality rules as well as HIPPA.)

“Ironically, he had just completed an impression of Fats Domino, when Clark’s wife replied: ‘As in Checkers?’  Instantly seeing a play on words, “checkers” and “dominoes” and “Fats” and “Chubby”, the pop star took the moniker and has been using that name for decades.  It certainly sounds better than Ernest Evans, which was his birth name.  Pardon me, but Ernest Evans sounds like a dairy farmer from Ohio,” Dr. Rowbottom concluded.”

Cutting reporters off in mid-question, Dr. Rowbottom and Miss Cotton hastened to a waiting limousine and drove away into the foggy afternoon towards Maryland.

As a reporter who was present at the briefing, I can add the following known facts about the legendary musical icon: Mr. Checker then went on to record a cover of The Twist (1960) which was first released in 1959 by Hank Ballard and the Midnighters.  Chubby’s version instantly went to the top of the charts.  He became the “go to” guy for dance crazes like the haunting and immortal Hucklebuck, a dance still done at reunions of high school classes of 1960-1965 (with varying degrees of accuracy and physical agility).

In a little known footnote of pop music history, Mr. Checker was a childhood friend of the teen idol from Philadelphia, Fabiano Forte, who later became known professionally as Fabian.

Mr. Checker was born on October 3, 1941 in Spring Gully, South Carolina.  One is left to wonder why he never went into country music, following in the footsteps of Loretta Lynn and Dolly Parton.

Yes, one wonders…until one realizes that few African-Americans went into country music in the late ’50’s.

Besides, I don’t think Dolly Parton sold as many 45’s as did Mr. Checker.

And, in 1961, when I entered high school and began to twist the night away at sock hops in the Owego Free Academy gym, I never heard a Dolly Parton song. 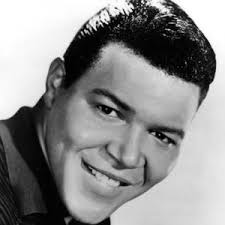