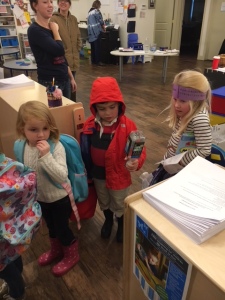 The longest and most uncomfortable, painful and seemingly endless flight I ever undertook began at 4:00 am on Monday, November 20 when I forced myself out of the bed.  I forgot our wakeup call was for 4:15 am.  Our flight was scheduled for 7:00 am.  It was going to be a long day.

We were at a lower level Marriott about two miles from Logan Airport.  Our shuttle picked us up at 5:00 am, on time and the driver was even awake and courteous.  I was numb with lack of sleep.

The first leg of our flight required a stop-over in Chicago.  Time to breathe real air and stretch our legs for an hour.

Then we boarded American Airlines flight #1239 for Seattle.  I bought one of those neck pillows but it did nothing but keep me upright with my head forced into one position, much like you see in the photos of the poor souls in the electric chair..  Everything in my body hurt when we finally landed.

We were on the first segment of our winter vacation.  First stop was to visit and spend Thanksgiving with my daughter, Erin, husband Bob and, my one and only grandson, Elias.

From their home in Orting in Washington, we were due to fly to LA and then spend the month in Joshua Tree in the Mojave desert of California.

We called Erin who was waiting in the cellphone lot.  Within a few minutes, she pulled up in front Pick-up Station #1.

We loaded her 2013 Hyundai Accent.  We drove south for about forty-five minutes and we were at her home in Orting.

I had been awake since 4:00 am and was drugged with Valium and Dramamine so I was grateful when every one else left to do some shopping, I drifted on the sofa, the large black cat, Guinness, sleeping on my lap.

Everyone returned from shopping.

Then the real fun began…Elias began to remember his grandpa and Emmy.

It seemed to me to be the longest and most painful flight I’ve ever made.  But the love at the end…made it all disappear.

Postscript: Guest proofreader for this post is my daughter, Erin.]

4 comments on “Love At The End Of The Tunnel”