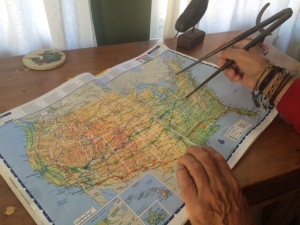 “Why”  That seems to be the operative word rolling around in my mind as I sit and write this post, this nearly final post of our Epic Trip of 2015-1016.

We’re at our friend’s house in Camp Dennison, Ohio.  I’ve written of D’Arcy and Judy on several occasions.  They have a summer-house on our road at Rainbow Lake.  We stopped here in the last days of our first trip to Orting, WA., in 2013.  If you’ve been following me, faithfully following my blogs, this is the place where I helped to win an election and the place where a yellow house (across the street and apparently still haunted) is where we park our RV.  Their house has big rooms and wide driveways–unlike all the other places we’ve stayed since mid-October of 2015.  We’re more than grateful for their friendship and hospitality on both trips.

This afternoon I stood in the showroom of Road Rivers and Trails, an outdoor/gear/clothing shop in nearby Milford.  I was drawn to a wall mural map (by the National Geographic Society) of the U.S.A.  My eye drifted to the NYC area and, naturally, began, on its own, to trace our six month road trip.

Why?  What would prompt me to undergo such a major undertaking, at our age, in an r-pod that was too small for two…for that long?  What was I thinking?

A distant memory came to mind.  The more I gave the recollection some mental fertilizer, my desire to be on the road and discover new places…the more the memory became clear.

It was September of 1960.  I was  beginning my eighth and final year at St. Patrick’s School in Owego, New York.  But our classroom had one empty seat that fall.  It belonged to my childhood friend, Peter.  He wasn’t present for the first attendance call.  And there was a very good reason.

His father was, probably one of the last, I might add, of the generation of family doctors who actually made house calls.  Dr. G., (we eighth graders were told) had been diagnosed with terminal cancer.  He chose to close his practice and take his rather large family on a cross-country road trip–to see America–to show his children the Grand Canyon and all the sights that Americans should see in this unbelievable country of ours.

So, was that why I was on the road?  I think that a little bit of that memory of Peter and his family, drove me to make a grand loop through the amazing landscapes.  For sure, I wanted to see these places for myself, and to share the experiences with my wife, Mariam, but Peter’s childhood adventure–with its sad ending–was deeply buried in my psyche all the time.

We’re sitting on the Havell’s patio.  D’Arcy is burning brush and a rotting Adirondack Chair (here in Ohio…Ironic?).  I’m reclining on a chaise ( I had to blow away the ashes that had drifted down from the small bonfire).  I dozed.  It was warm.  I had unzipped my fleece vest and I dozed.  The last things I heard were the cardinals, taking the seeds at the feeder.

I dozed and began to see maps in my dreamy visions–maps–I had maps, more maps than the law allows.  I had studied the details of the maps for months…I had maps that had imbedded their images into my brain like the word food embeds into a dog’s brain.

I began to see routes, roads, byways, highways, scenic byways and unscenic thruways.  I began to recall the towns, the cities, the rest stops and the tourist traps I had seen and stopped at along the way…

There was the beginning: 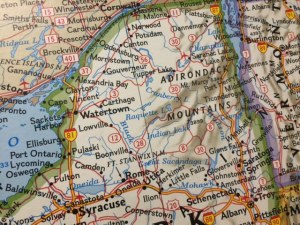 The two months in Floridia, where I learned to sail and Mariam lost ten pounds from sweating in the heat and humidity in the first two months: 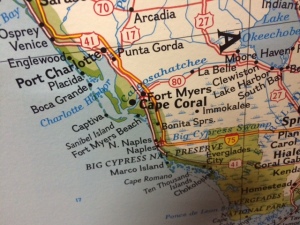 And, the points west, first in Natchez, Mississippi, where we attended a Baptist service on a Sunday morning and still get mailings from the members of the congregation.  Then, Vicksburg, where I met the wonderful Malory, at the Tomato Place…and toured the Battlefield, wondering why the deaths in those clay hills had to happen–onto Monroe, Louisiana, where I laid a flower on the grave of my very good friend–who died too young and too close to me: 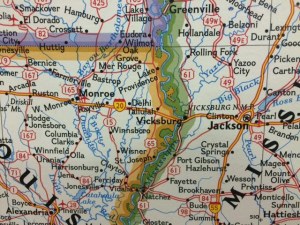 Then driving west and south to Dallas, Austin–where we spent time with Madeline and William and where I bought a pair of cowboy boots just to take lessons in the Texas 2-Step: 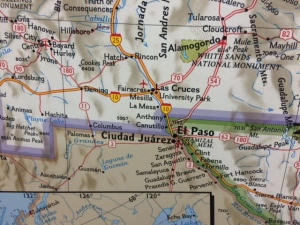 Then to El Paso, and further west: 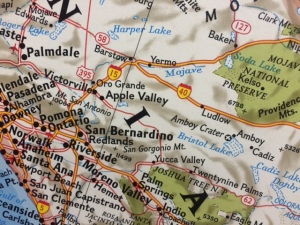 And, further into the Great Desert: 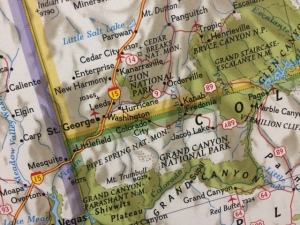 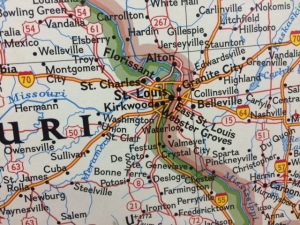 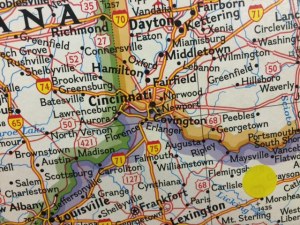 Finally, the last leg–the ending of an adventure that I may never have the chance to do again.  Oh, the places I’ve seen! Oh, the places where I could call home…

I regret missing the Canyonlands, Mesa Verde, hiking the Vermillion Cliffs, getting lost in the Superstition Mountains and finding destinations I haven’t even seen on the map yet.  Do I have time left to do all these things?

I know the country was there for Peter and his family to explore in 1960.  Fifty-six years later, it’s still there…but so many grey-haired guys like me are there too.  Where is the solitude?  Where is the real wilderness?

It’s all there, it’s all still there.  It’s just harder to find.  It’s so much much harder to find the kind of desolation and isolation I crave at this time in my life.  The quiet and unpeopled places are out there.  One just has to hike that four miles beyond the last signpost…that place beyond the last ATV track…that place where the old grey-haired guys like me are still looking for.

This post is loaded with maps and I hope you enjoyed them.  But, even as I say I love maps, I understand they are of limited use.  They show me where the roads are and where the paths end…but they don’t show where my own trail leads and where it will end.  Sometimes there are no maps where you need to be…where you should be and where you want to be.

I just hope I have the time and quality of life to go and discover.

[Map photos are taken from the National Geographic Mural Map of the U.S.A.]

3 comments on “Measuring The Final Miles”