I would like to think that burlap is the next nylon.  True, no woman will get “oo la la’s” from sporting burlap, but let’s face it…nylon is so ’40’s!

I will also admit that burlap was never part of the black market trade during two World Wars, at least not in the books I’ve read.

But, one can do so much more with burlap than nylon.  And, I for one, think it’s time that this humble fabric got its just desserts.  You can haul around a sack of potatoes, or ears of corn in a burlap sack.  Try that with hosiery.  I, myself, have seen fifty pound bags (burlap) of peanuts in a little vegetable stand in Vicksburg, Mississippi.  It was quite impressive.

A little background: Burlap is made of the skin of the jute plant.  Sometimes, its origin is sisal fibers.  Someday, I’ll look up the difference.  Another name for burlap is Hessian.  If you’re think of soldiers right now, your right on point.  It seems to have been used in the uniforms of the army of Landgraviate of Hesse.  (Germany, I would suppose).

Often its been described, rather crudely I may say, as a “coarse piece of cloth”.  Perhaps, but there’s so much more.  It’s very simplicity is the root of its attractiveness. 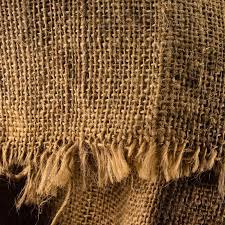 And, its uses?  They are legion.  As I’ve said, large quantities of things can be carried around in burlap sacks.  If a flood has been predicted, its burlap sacks of sand that are used to stem the overflowing rivers.  Coffee?  Take a look around at the wall paper in the next Starbuck’s you sit in.

I found an indie coffee shop in Dodge City, Kansas recently.  (This is where I got the idea for writing about burlap, just in case you wonder where I get my inspirations). 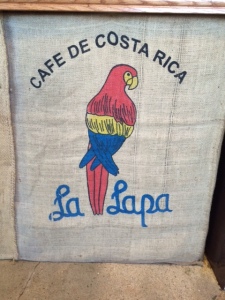 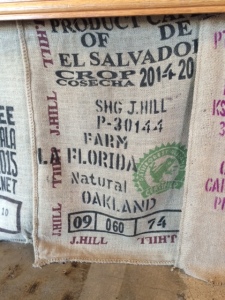 Which bring me to Durango, Colorado.  I was searching for a real coffee shop (one that had burlap sacks stacked in the corners) when I chanced upon a touristy tee-shirt shop.  One hoodie that had “Purgatory, CO.” on the back simply had to be mine.  Now, being raised as a Catholic, I was taught by the nuns that everyone except saints, had to spend time in Purgatory for a final cleansing of our soiled soul. (I’ve been letting cars go first and slowed for pedestrians many times, hoping for a little time to be shaved off my bazillion year sentence).  I even thought of wearing a hair-shirt, a coarse garment, a sack-cloth…something made from…you guessed it.  Burlap!

There you have it.  In addition to a penitents outer wear, you can use burlap for wall coverings, table cloths, place mats, napkins and even shoulder bags.

What else can one say about burlap?

You can order some on Amazon, I’m sure.

2 comments on “Has Enough Been Said About Burlap?”